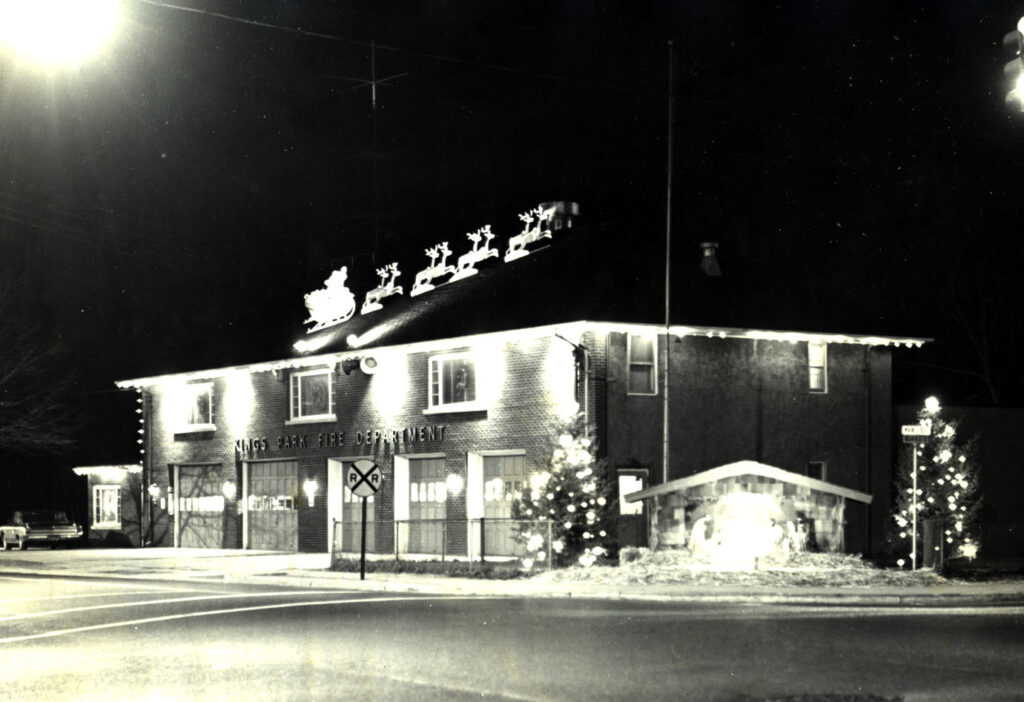 Kings Park Fire Department decorated for the holidays in 1964. Photo: KPFD via the KP Heritage Museum.

December 17, 1964. Madlyn Bowe-President of the Ladies Auxiliary presents the meeting bell to FD president John Shelton Sr. The bell was a gift from…