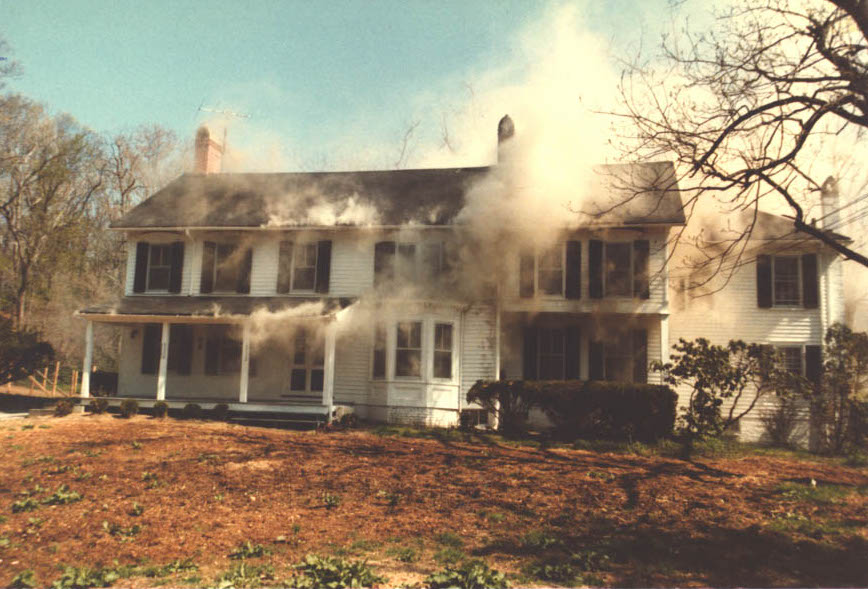 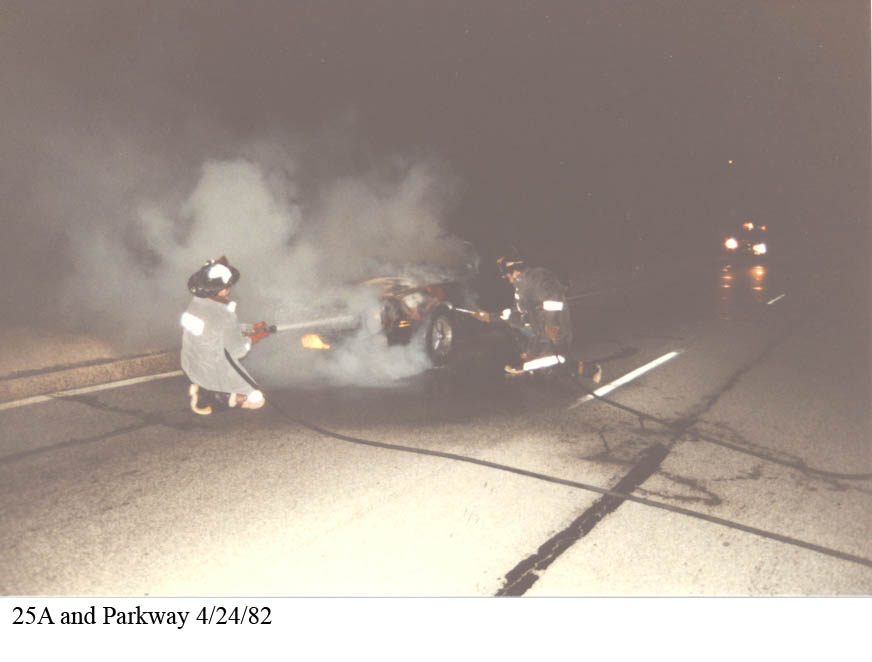 April 24, 1982. The Kings Park Fire Department handles a vehicle fire on Route 25A near the Sunken Meadow State Parkway overpass.

April 24, 1982 Smithtown Firefighter Arthur Sturm is honored for 555 years of service to the Department. 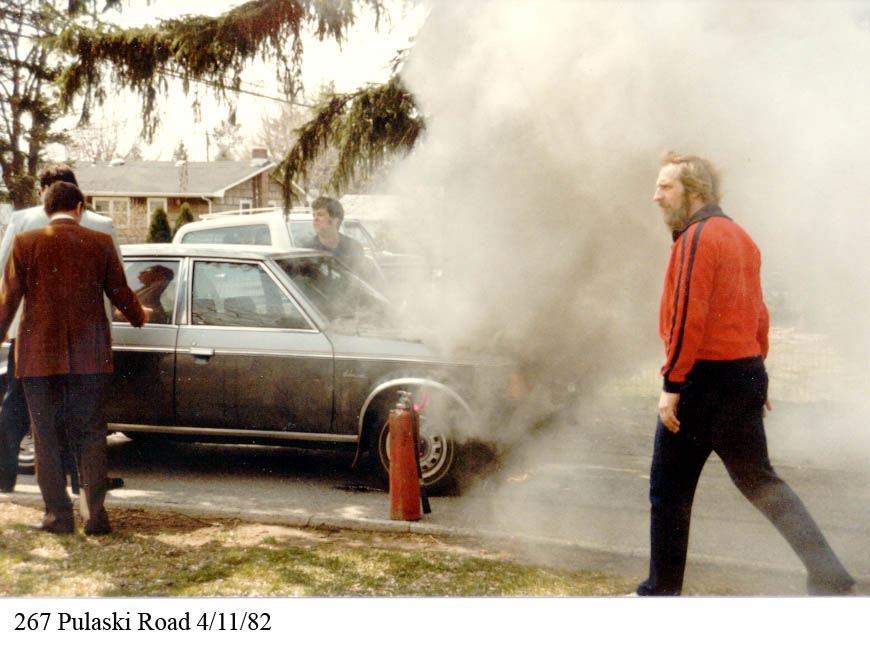 April 11, 1982. The Kings Park Fire Department responds to a vehicle fire in the driveway of 267 Pulaski Road. Units arrive to find an… 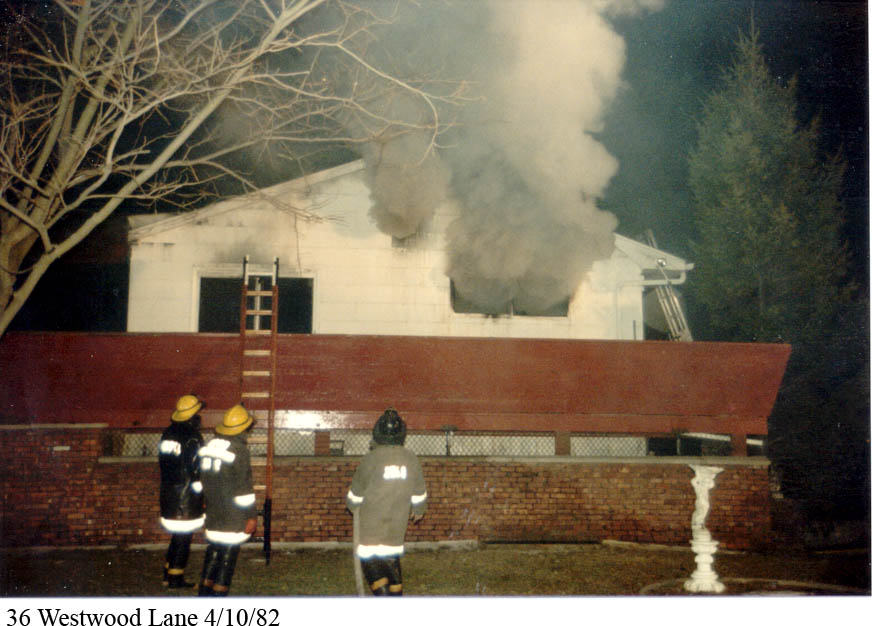