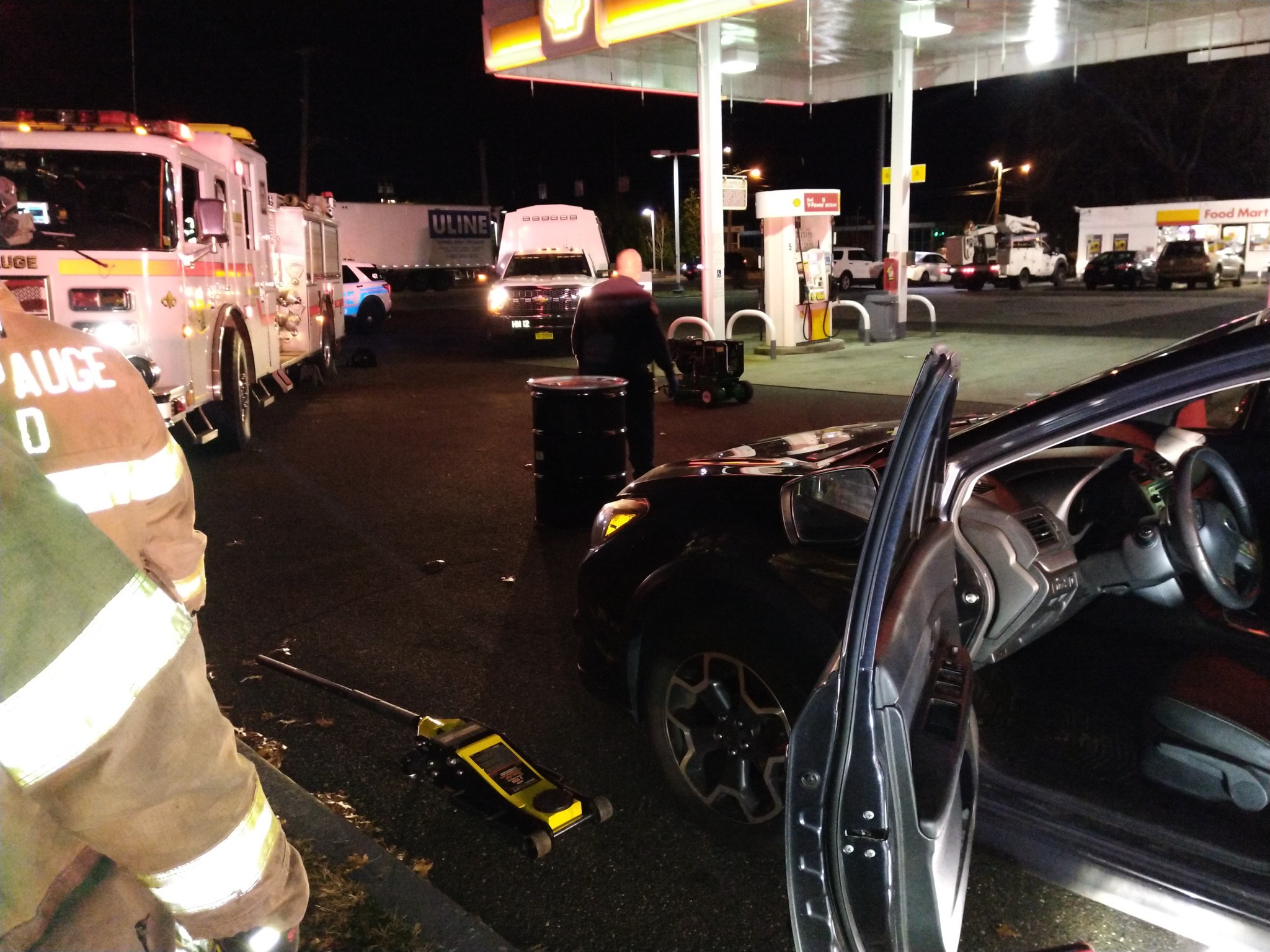 December 20, 2022. 2057 hours. Hauppauge FD responds to the Shell station at 1331 Motor Parkway. Engine 3 responded with Chief Crean and Fire Marshal Gottlieb. Crews were advised by the operator of a vehicle that he ran over a truck tire on the LIE at Exit 56. He got off at Exit 57, stopping at the Shell station where he discovered the gas tank, which had been full, had ruptured.

Members of Engine 3 attempted to plug the leak but the damage was too severe.The Islip Town HazMat Team responded to assist with mitigating the leak and recovering the gasoline. NYS DEC was notified and they responded to examine the contaminated area. Photos by Chief Crean and Fire Marshal Gottlieb.