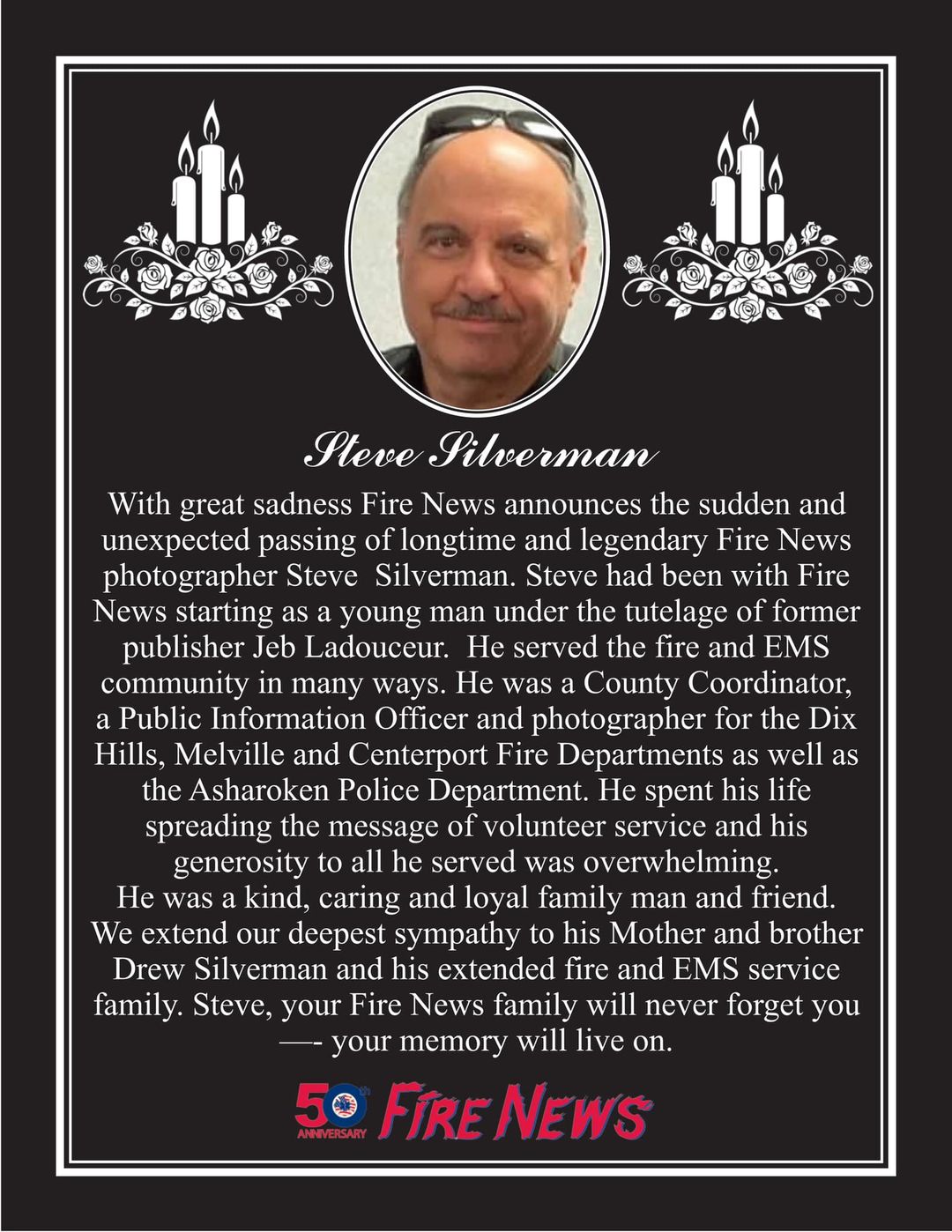 December 21, 2022. Steve Silverman, a well respected and longtime fire photographer passed today. Steve was one of the old time photographers who did it for the members. He was well respected, generous and professional. Steve covered the second division and came into the fourth on occasion. Some of Steve’s work is already on this website and he was in the process of compiling all of the other fires and incidents that he covered that involved Commack and the 4th division departments for me to add. Steve was an honorary member of the Centerport, Dix Hills and Melville Fire Departments. Steve was also F.C. 30 as a P.I.O. for FRES. RIP my friend. Photo card was done by Fire News, which Steve was a huge part of from its inception in the 1970’s . Steve, you were a class act and you will be missed. RIP.