Funeral held for Ex-Chief Stephen Feron of the Hauppauge FD 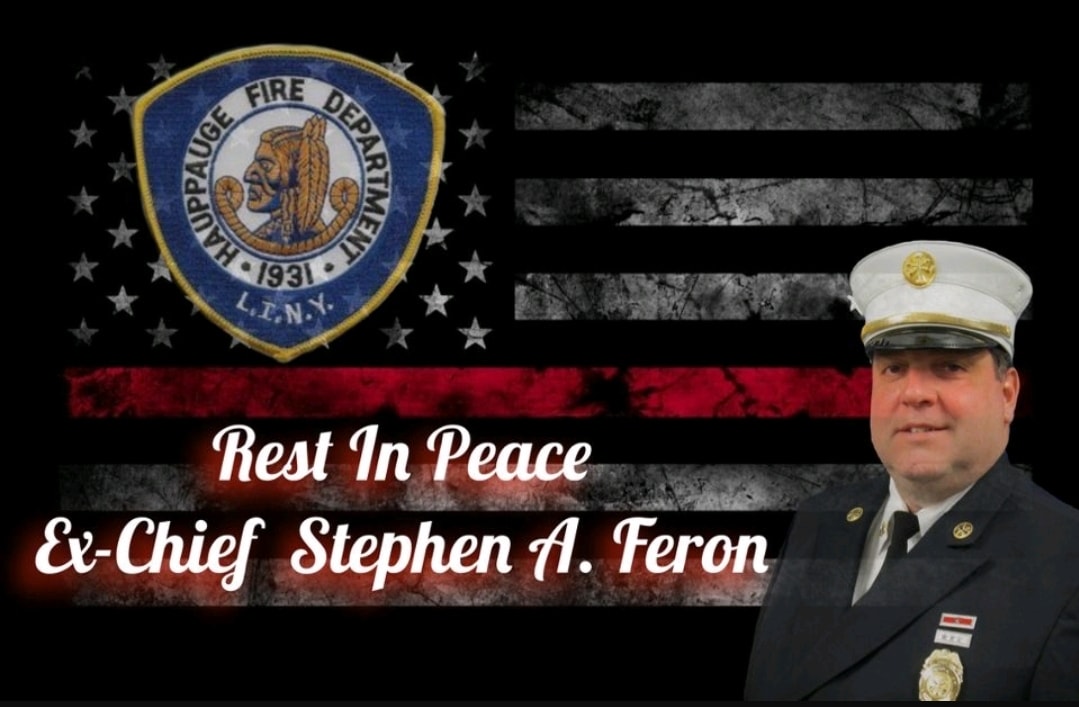 June 18, 2022, 1000 hours. Funeral held today for Ex-Chief Stephen Feron. The procession left Maloney Funeral home on Wheeler Road escorted by motorcycles from Suffolk PD, Suffolk Sheriffs and the NYPD, traveling up Wheeler Road to Kings Highway. From there, with the Nassau County Firefighters Pipes and Drums, members of the fire department flanked engine 3-8-4, which was used as the caisson and walked to St. Thomas More Church. The procession passed under a flag arch provided by the Commack and Kings Park Fire Departments. Additional members of the fire department followed behind the caisson along with the Chiefs vehicles and apparatus assigned to the Truck company.

Firefighters from outside departments lined Kings Highway and saluted the procession as it entered the church. Members of the Suffolk County Police Emergency Service Unit provided protection for those assembled.

After the funeral, the procession made its way from the church, down Raoul Wallenberg Drive, traveling under three flag arches provided by the East Islip, West Islip, Central Islip, Brentwood, Lakeland and Ronkonkoma Fire Departments to Veterans Highway. The procession traveled east on Veterans Highway to Route 111, where members again marched with and behind the caisson as it passed the main house and a flag arch by the Nesconset and St. James Fire Departments. From there, the processions traveled to St Charles Cemetary in Farmingdale, traveling under a flag arch provided by them Deer Park and North Babylon Fire Departments.

On. June 15, 2022, Members of the Hauppauge Fire Department escorted Ex-Chief Stephen Feron from Maloney Funeral Home in Ronkonkoma to Maloney in Hauppauge. The hearse was accompanied by Chiefs Crean and Mendola as well as 3-8-7, 3-8-9 and Fire Marshal Gottlieb. Photos below provided by Greg Gottlieb

Various photos taken over the years of Stephen Feron. All courtesy of the Hauppauge Fire Department, except the last, which is from Bill Xikis.