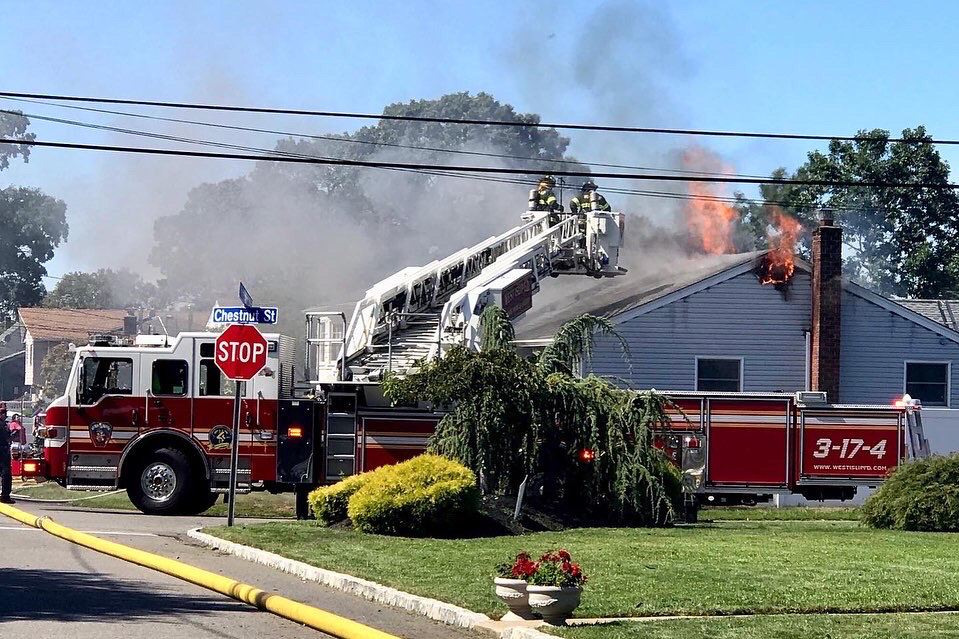 September 14, 2022. 1153 hours. The West Islip Fire Department is dispatched to a report of a house fire at 81 Wavecrest Avenue. Dispatcher updated the responding units that there may be a male trapped in the basement. Firefighters arrive to find fire within a single story private dwelling and all of the occupants were accounted for.

While crews stretched in, mutual aid was requested from the Bay Shore Fire Department for a RIT, Babylon FD for an engine and North Babylon for an engine. Two lines were stretched and operated. West Islip Tower Ladder was also used. The fire was placed under control within an hour. There were no reported injuries. Fire Marshals from the Town of Islip are handling the investigation.